Christiana Sewald has been a watercolorist for over twenty years. Her work has been received with critical acclaim in many exhibitions and is found in private collections in New York, London, Miami and Melbourne.

Christiana Sewald studied at the Free Art Academy in Munich, Germany, and with many prominent international watercolorists. Her greatest inspirations are German watercolorist Lotte Harbig and Austrian Bernhard Vogel.

Most of her work is painted plein air, on trips to the Mediterranean, where the colors of the landscape and scenery invite the lightness of her chosen medium.

Christiana Sewald's watercolors are modern and non-classical in style. There is a sparkling, fairy-tale feeling to the work, achieved with sprayed paint and ink, that transports the beholder with a hypnotic effect to a magical world  beyond time and space. 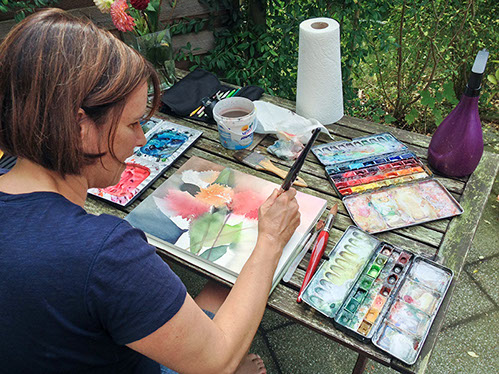